Soil Moisture Sensor – How to choose and use with Arduino

Before we introduce our soil sensor and teach you how you can use it with Arduino, let us first take a look at what is a soil moisture sensor, its usages, and more!

What is a Soil Moisture Sensor and how does it work?

As its name suggests, a soil moisture sensor is one that detects the volumetric water content of the soil. There are two types of such sensors

We’ll be talking about the first group of such sensors today but first, you may be wondering why is it important to measure soil moisture?

Soil Moisture Sensor can either use resistance or capacitance changes to measure the water content of the soil. To further understand both working principles, we’ll take a look at how each of it works below:

To simply put it, resistive soil moisture sensor work by using the relationship between electrical resistance and water content to gauge the moisture levels of the soil. Such sensors contain two exposed probes that are inserted directly into the soil sample.

Capacitive soil moisture sensor works by measuring the change in capacitance that’s associated with dielectric permittivity (the ability of a substance to hold an electrical charge). It’s commonly built with a positive and negative plate, with a dielectric medium separating it in the middle.

Instead of directly inserting two exposed probes for moisture measurement, it measures moisture through the ions dissolved. As such, capacitive measuring is corrosion-free and allows for better reading of moisture content.

For either type, Moisture levels are then outputted ether in % of water volume or in m3.m-3 (how much of a cubic metre is water as compared to the entire cubic metre of soil sample).

What is a soil moisture sensor used for?

Imagine managing acres of cropland without knowing when’s the right time and the right amount of water to apply to your crops. Sounds disastrous?

Since soil moisture sensors are relatively cheap and readily available, it is a popular option for gardeners to use in checking whether their pot of plants or garden plants has sufficient moisture for growth.

Soil moisture sensors are used for research purposes as well, collecting Long-term soil moisture data that can be used to forecast/predict potential droughts, landslides, erosions, etc. Such applications can then help in coming up with early preventive measures.

Be it American football, soccer or golf courses, they are all played on sporting fields that require irrigation to maintain the pitch. However, not over-irrigating it is key, where soil moisture sensors are used for, ensuring such irrigation systems are efficient in preventing over-watering, etc.

Seeed offers two Soil Moisture Sensors for your selection, both affordable and easy to use with Arduino or Raspberry Pi thanks to our Grove System!

Compared to other soil moisture sensor breakout that requires soldering, all you’ll need to get our soil sensors functioning is a Grove – Base Shield alongside your Arduino device! Simple and Easy Plug and Play soil moisture system!

Like the look of its simplicity? Not only are we offering a much easier interfacing with Arduino and Raspberry Pi, it is done with no extra cost involved!

If you like what you’ve seen with Grove, here are our Soil Moisture Sensors for your consideration!

This is the Grove – Capacitive Moisture Sensor. As its name suggests, it measures soil moisture through capacitive changes, making it a better option then resistive ones!

If you’re looking for a cheaper alternative that does the job and is willing to sacrifice incremental performance upgrades the previous option has to offer, this Grove – Moisture Sensor is for you!

Despite this soil moisture sensor running based on the resistive working principle, it can still be applied in most of your soil sensing applications including:

However, do remember that resistive soil motion sensor like this is not hardened against contamination or exposure of the control circuitry to water. It is therefore prone to corrosion across the probes.

How to use a Soil Moisture Sensor with an Arduino?

Now that we’ve understood all you need to know about soil moisture sensors, let’s get started with our simple tutorial on how you can use the Grove – Capacitive Moisture Sensor with Arduino!

You’ll need the following hardware components for this tutorial:

Before we begin with the hardware configurations, do take note that if you’re using an Arduino UNO, it is recommend for you to use the DC power supply, otherwise the maximum ripple of VCC may exceed 100mV

We’ve used a pot of plant as an example but it should look something like this after the above steps:

If it’s your first time building a soil moisture sensor with Arduino, we recommend you to take a look at our getting started with Arduino guide before moving on with this section!

Step 2: Open the Serial Monitor of Arduino IDE by clicking Tool -> Serial Monitor. You can opt to tap the Ctrl + Shift + M key on your keyboard as well. Set the baud rate to 9600.

When everything goes well, you’ll see something similar to the one below:

Do note that different module measurements may result in dirrent output

Since the above tutorial is only one example of how you can pair the soil moisture sensor to an Arduino, here are some other projects to help you get started!

Are you using the ESP8266 Breakout Board instead of an Arduino and require a tutorial for pairing the soil moisture sensor together? This project is for you!

Interested to find out more? You can check out the full tutorial by Team Mongoose OS: Toly on Hackster.io!

Worried about your plant and its moisture levels while you’re away for a vacation? With this plant monitoring system, you can track and easily monitor your plant through web services for IoT!

Interested to find out more? You can check out the full tutorial by CJA3D on Hackster.io!

Interested in making your very own automatic plant watering system? With this DIY project, you do so without any hardware programming, coding, or soldering!

Interested to find out more? You can check out our full tutorial on Instructables!

That’s all for today on soil moisture sensors. I hope with today’s blog, you get a deeper understanding of what it is, how it works, usages and how to build a soil moisture system!

Get started with building a soil sensor project with the Grove – Capacitive Soil Sensor today!

Next post What is the Raspberry Pi Compute Module and What can you do with it?

Previous post Which Smallest Arduino Board is the best? - Comparison Guide 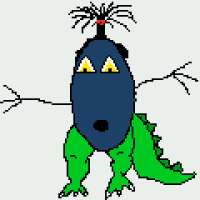 All about Proximity Sensors: Which type to use? 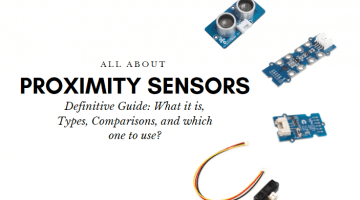 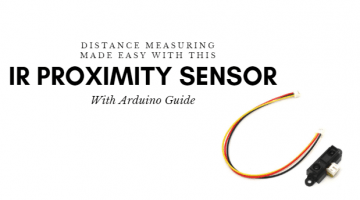 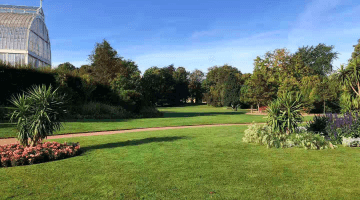