Microwave vs PIR Sensor – Which Arduino motion sensor to use?

Today, through this guide, we will be covering two commonly used motion sensors used today which are the microwave and PIR sensor and find out what are their differences, advantages, disadvantages and ultimately, which one to use for your projects.

Today through this guide, we will go through:

What is a microwave sensor?

Microwave sensors also known as Radar, RF or doppler sensors are electronic devices capable of detecting motion from walking, running to crawling in an outdoor environment by using electro-magnetic radiation.

It is able to detect motion by applying the Doppler effect and project microwaves which will bounce off surfaces and return to the sensor. It is able to measure and detect the amount of time for the signal to be reflected to the sensor which is known as echo time.

What is Echo time?

Echo time helps calculate the distances from any stationary object within the detection zone and establishes a baseline for the motion detector to work from.

With echo time, the sensor is able to detect if there is any movement in the detection zone as if a person is moving within the zone as the waves will be altered which changes the echo time. With the microwave sensor, it is able to do all this within less than a microsecond.

Advantages and disadvantages of using a microwave sensor

When it comes to sensors, they each have their pros and cons. So what are the advantages and disadvantages of the microwave sensor?

Not affected by ambient temperature

With Microwave sensors, due to their characteristics, they are applicable in many scenarios and environments like:

Now we know how the Microwave sensor works, its advantages and disadvantages and also its applications, it is time to get one! How about our MW0582TR11 – 5.8GHz Microwave Doppler Radar Motion Sensor!

MW0582TR11 – 5.8GHz microwave doppler radar motion sensor is designed by Maxustech company. This doppler radar is a microwave module that can transmit the electromagnetic wave of 5.8GHz. It can detect the difference between the transmitted wave and reflection wave to judge whether there is an object moving over the doppler radar.

In order to get the accurate data from the sensor, this Doppler radar motion sensor has a self-made patch antenna which has a good antenna directivity. Moreover, this kind of doppler radar has an MCU inside which include intelligent algorithm to avoid noise gain caused by the device itself. It can also tell apart the environment effect such as moving branch and would not cause false-alarm thanks to the algorithm.

Is this microwave sensor easy to use?

Of course! This doppler radar not only has a sharp “eye” to detect the moving object but it is also easy to be developed because of its UART interface. As a matter of fact, this Doppler radar can be simply plugged into your Arduino board or Raspberry Pi through the serial port. Or you can just use a TTL to USB converter module to connect with your PC to read the data.

Here is a demo when using Python SDK if there is any moving object in front of the microwave sensor:

What is a PIR sensor

PIR sensor which is short for passive infrared sensor works by detecting the presence of heat energy in confined spaces by measuring infrared light radiating from objects in its field of view. It has the same core technology found in thermal imaging devices, night vision equipment, etc.

Because of this characteristic, they are suitable to use in enclosed spaces and also space that is constrained by walls, barriers or large objects.

Wish to find out more about the PIR sensor? You can check out our other blog on PIR Sensor introduction and How PIR motion sensor works with Arduino and Raspberry Pi!

Advantages and disadvantages of using a PIR Sensor

Similarly to the Microwave sensor, the PIR sensor has its own pros and cons. They are:

Due to PIR sensor characteristics, they are suitable for applications in:

Now we know how the PIR works, its advantages and disadvantages and also its applications, here are some examples of the PIR sensor:

This Grove – PIR Motion Sensor(Passive Infrared Sensor) can detect infrared signal caused by motion. If the PIR sensor notices the infrared energy, the motion detector is triggered and the sensor outputs HIGH on its SIG pin.

The Grove – PIR Motion Sensor(Passive Infrared Sensor) is an easy-to-use motion sensor with Grove compatible interface. Simply connecting it to Base Shield and programming it, it can be used as a suitable motion detector for Arduino projects.

Grove – Adjustable PIR Motion Sensor is an easy to use Passive Infrared motion sensor, which can detect infrared object motion up to 3 meters. Any infrared object moves in its detecting range, the sensor outputs HIGH on its SIG pin.

This is the finale that we have been waiting for. The microwave sensor vs PIR sensor! So which Arduino motion sensor should you use for your projects?

Well it depends on your project needs and environment!

A microwave sensor is able to offer stable performance at temperatures as low as -20°C and as high as 45°C!

When it comes to sensitivity, the microwave sensor has a much high sensitivity than the PIR sensor.

Now that you have found out which Arduino motion sensor to use for your project,

You can get them now to get started with your project!

About the Author yida

Types of Vibration Sensor and How to buy one for Arduino? 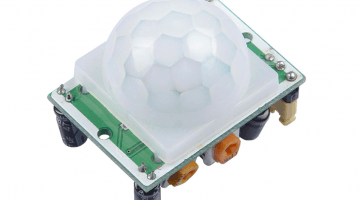 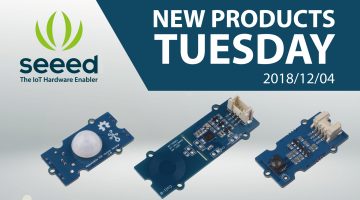