8 Types of Temperature Sensors You Should Know

Temperature sensors are one of the most common sensors used. With so many temperature sensors available, how should we choose the right one for our Arduino project? Well, it really depends on several factors such as what we are measuring, the degree of accuracy we need and where we may be measuring the temperature. The 4 most frequently used types of temperature sensors are the Negative Temperature Coefficient (NTC) thermistor, Thermocouple, Semiconductor-based sensors and the Resistance Temperature Detector (RTD). As such, we will be introducing 8 types of sensors with such capabilities that you can get hold of at Seeed Studio. Without further ado, let’s get started!

This digital temperature sensor not only measures temperature but also relative humidity. It contains a chip which has analog to digital conversion capabilities and produces a digital signal with the 2 measurements. This is one of the most popular temperature sensors available due to its high performance and long-term stability.

Very similarly, the AM2302 also serves the same functions. However, due to the differences in their bodies, the way in which they are used with the Arduino differs. The Grove DHT22 can be used in a plug-and-play fashion using the Grove Base Shield.

Unlike the DHT series, the BMP280 provides temperature and barometric pressure measurements. This is an upgrade from the BMP180 and works just as well in both I2C and SPI! It is able to measure the estimated altitude of a location given that atmospheric pressure changes with altitude.

Not to be confused with the BMP280, the BME280 measures humidity as well, on top of temperature and air pressure. Although it is more expensive, you’d really get a bang for your buck with this one, as it gives you a more comprehensive and holistic measurement of the environment.

Next up, we have one to measure liquids! This waterproof 2m long sensor is equipped with a waterproof probe and contains the DS18B20 chip. We have modified it by including a resistance pre-assembled in it, transforming it into a fuss-free regular Grove sensor. This is of course also compatible with Arduino and its platforms. However, do take extra precaution not to expose the cable to high temperatures above 70℃ over an extended period of itme!

Though small and light, the AF5485 should not be under-estimated. Beneath its sheer size lies an impressive internal system that equips it with impressive qualities. It is a highly precise device which has a quick response time and good long-term stability, allowing it to be useful in many applications. For example, it could be used in building automation, weather stations and room temperature monitoring, just to mention a few.

The AM2311A has an extremely low power consumption, is a compact and small module with full auto-calibration. Further, it can even transmit data to locations further than 20m. Needless to say, this sensor is also highly reliable and has long-term stability. As such, it is qualified to be used in many different applications. With its split-second response, this one of a kind sensor is definitely a go-to choice for many!

That’s all for today, folks! Hope you guys have gained a better understanding or had a good refresher of the different types of temperature sensors available. These are just a sneak peak into the world of sensors, there’s so much more to explore! Stay tuned for more updates!

Next post Immersive Innovation and Manufacture Tour In China 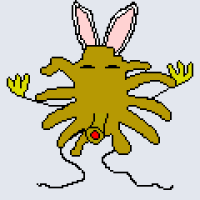 About the Author Faith Heng

What is Barometric Pressure Sensor and Arduino Guide to get started 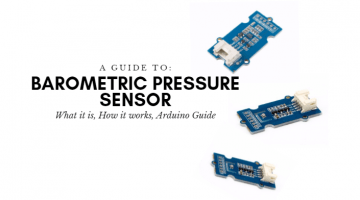 Which Temperature Sensor to pick for your Arduino Project? 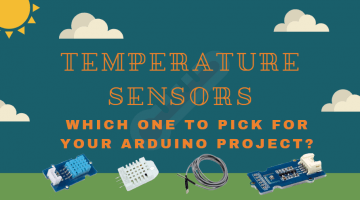 SCD30: Carbon Dioxide, Humidity, and Temperature all in one 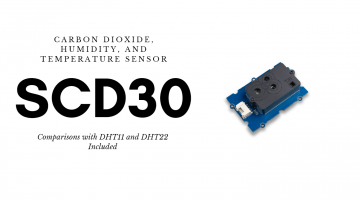